America’s founding fathers created a government of checks and balances to prevent absolute concentrated power in any one person or group They created a federal system that differentiated between state and national control, as well as three branches of government with distinct powers and responsibilities that had to answer to one another. But, not satisfied that that was enough, they added  ten amendments to the Constitution. And in the very first of those amendments, they established a free press. A free and independent press is the keystone of a working democracy and a guard against government power 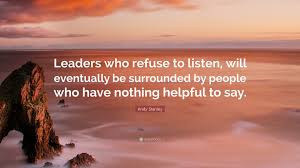 concentrated in one person or group.That's why dictatorships all began by crippling and eventually eliminating the free press in exchange for propaganda.

Even in America, government has attempted to restrain the free press from time to time. Antiwar journalists were arrested in World War I and during the Red Scare. In 1971, the U.S. government attempted to cease publication of the Pentagon Papers. Journalists such as former New York Times reporter Judith Miller have chosen jail sentences rather than reveal confidential sources, and in 2007, Joe Arpaio, then sheriff of Maricopa County in Arizona—agitated by investigations into his commercial real estate transactions by the Phoenix New Times—arrested journalists at their homes on false charges.

One of the more outrageous examples of enabling a dictatorship by silencing the free press occurred when the Nazi  propaganda ministry, directed by Dr. Joseph Goebbels, took control of all forms of communication in Germany: newspapers, magazines, books, public meetings, music, movies and radio. Viewpoints which contradicted Nazi beliefs or attacked the regime were censored or eliminated from all media. During the spring of 1933 a list of books was created that should not be read by Germans. Then, on the night of May 10, 1933, Nazis raided libraries and bookstores across Germany. They threw books into huge bonfires and that night more than 25,000 books were burned. With the free press eliminated, the dictatorship controlled the media. They flooded it with false propaganda and gained control over the people.

The German example should give all American's concern when similar tactics are employed by our leaders. As a candidate, and ever since serving as president of the United States, President. Donald Trump has consistently attacked any news media which is critical of his conduct or decisions. His common allegation is: "The Fake News Media is doing everything possible to make us look bad. Sad!" The irony of this false claim is that experience has proven the primary source of "fake news" is whenever Mr. Trump has said something.

News reporters and journalists who ask questions that make him uncomfortable are personally attacked, attempted to be intimidated and otherwise being bullied in every way possible by President Trump.  The most recent example occurred when Trump called NBC News correspondent Peter Alexander a “terrible reporter” during Friday's White House news briefing for asking what the president would say to Americans who are scared about the coronavirus. Peter Alexander asked, "What do you say to Americans who are scared?" Trump, shaking his head, ripped into Alexander in response.

"I say that you are a terrible reporter," Trump replied. "That's what I say."

The President proceeded to launch into an extended rant against Alexander, saying he asked a "nasty question" and assailing NBC and its parent company, Comcast. "You're doing sensationalism," Trump charged. "And the same with NBC and Comcast. I don't call it Comcast. I call it 'Con-Cast.'"

"Let me just tell you something," Trump added. "That's really bad reporting. And you ought to get back to reporting instead of sensationalism."

Moments later, Kaitlan Collins, a White House correspondent for CNN, asked Trump if it was appropriate to embark on tirades against members of the news media during a public health crisis. Trump defended his verbal assault on Alexander, saying he's "not a good journalist" and launching into another rant against him."Coming together is much harder when we have dishonest journalists," Trump said.

At Thursday's coronavirus press briefing, Trump attacked The New York Times, The Wall Street Journal, and The Washington Post, who have written news questioning his conduct in office. "They're very dishonest," Trump claimed. He went on to then attack the gathered journalists with sarcasm:

“You're actually sitting too close,” said the president, who stood on a crowded podium with administration officials. “Really, we should probably get rid of about another 75, 80 percent of you. I'll have just two or three that I like in this room. I think that's a great way of doing it.”

“Mr. President, I think our record on delivering the truth is a lot better than yours sometimes, if you don't mind me saying,” Acosta replied.  “Let me tell you about your record,” Trump said. “Your record is so bad you ought to be ashamed of yourself.”

“I’m not ashamed of anything, and our organization’s not ashamed,” Acosta said, as Trump continued, “You probably have the worst record in the history of broadcasting.”

In another example, Trump snapped at PBS News reporter Yamiche Alcindor last week for her “nasty question” about why he doesn’t accept any responsibility for disbanding the White House’s pandemic office in 2018. Ms Alcindor asked Mr Trump to clarify: "You don't know anything about that?" As her microphone audio was cut off, the president said: "We're doing a great job."

Journalist's who ask questions that make Trump uncomfortable, no matter how valid the question, are punished by his response and reaction. He refuses to engage in an honest discussion. His first reaction is to ignore the question and instead make an angry personal attack on the person for asking the question. He always attempts to silence the questioner from responding by turning off the reporter's microphone or instructing aides to take the microphone away from the reporter or talk over the top of the person or demanding the person stop talking. This is a man who is clearly unwilling to stand toe to toe debating an issue and instead takes measures to "cover his ears" to avoid hearing what is being said while trying to silence the other person by bullying and intimidating tactics. His fear of having his failures pointed out and his inability to justify his conduct is also the reason he surrounds himself with those who are willing to agree with him and to get rid of any who aren't willing to do so.

America needs an independent media who are dedicated to questioning the conduct of people we elect to office. It is an important role in the balance of power called for in the constitution. The president of the United States serves the people and not the other way around. If that person is unwilling to respond to questions regarding their conduct in office they should be removed from that office.