For entirely too long the news has only been on two subjects: Donald Trump's press campaign conferences which only bear a resemblance to corona virus news and all the negative reporting the virus. It's very depressing. For lack of something else to discuss I'm sharing some favorite stories. Stay well and wash your hands frequently.

During a severe thunderstorm a mother tuck her little boy into his bed. The boy pleads: "Mommy can I sleep with you?" She tells him, “No I have to sleep with 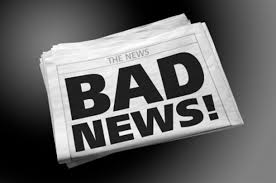 daddy." The boy tells her: “That big sissy."

A man who had been on a safari hunt bragged to all his friends that he had cut the tail off a Man eating lion with only his pocket knife. When they asked him why he hadn’t cut the lion’s head off instead of the tail, he told them “Well, someone had already done that.”

Two pirates, Morty and Sol, meet in a bar. Sol has a patch over one eye, a hook for a hand, and a wooden peg leg. "Ye gads, Sol," says Morty. "What happened to you?" Sol says, "Me pirate ship was attacked, and a lucky shot lopped off me leg. So now I got me a wooden peg." "And your hand?" asks Marty. "When me ship sank, a shark bit me hand off. So now I got me a hook." "OK, but what’s with the eye patch?" "I was standing’ on a dock, and the biggest seagull I ever saw poops right in me eye." "But you don’t go blind from no seagull poop." "True," says Sol. "But it was me first day with the hook."

Bob goes on vacation. He asks his brother Joe to take care of his cat. After a few days on vacation, Joe calls Bob and when he answers, Joe blurts out “Your cat is dead.” Bob is outraged for how he broke the news. He tells his brother, “You could have said, ‘the cat is on the roof and the fire department is trying to get him down,’ Then the next day call and say ‘the cat fell from the roof and is at the vet’s.’ Then you could call and say you were sorry but the cat didn’t make it’ “OK, sorry” the brother says. The next day the brother calls again. When Bob answers, the brother blurts out “Mom’s on the roof.”

A climber fell off a high cliff, and, as he tumbled down, he caught hold of a bush sticking out of the cliff side. Hanging on for dear life, he begins yelling, “Please God, is there anyone up there?” After a pause, a voice says “I will save you through faith.” “Wonderful. Thank you" the man shouts. The voice then says: “All right. I want you to let go of the branch now.” There was a long pause and the man shouts “Hello, is there anybody else up there?”

In the 1949 movie, The Third Man, staring Joseph Cotton and Orson Welles, Welles says to Cotton: “You know what the fellow said – in Italy, for thirty years under the Borgias, they had warfare, terror, murder and bloodshed, but they produced Michelangelo, Leonardo da Vinci and the Renaissance. In Switzerland, they had brotherly love, they had five hundred years of democracy and peace – and what did that produce? The cuckoo clock.”