Ken Burns created a PBS documentary "Country Music" in 2019. The documentary includes the story behind the lyrics of the song, "Where've you been?" The song was released in 1989 and recorded by country music singer Kathy Mattea. It was co-written by her husband Jon Vezner. Among other awards, the song won the Grammy Award for Best 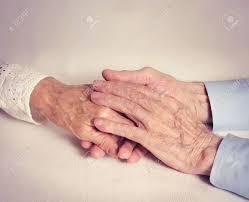 Country Song in 1990. Mattea was awarded the Grammy for Best Country Performance for her recording. The song is a story about Edwin and Claire, Vezner's grandparents, who lived in rural Tennessee. They had been married sixty years and during that time the question "Where've you been?" had become a question of affection from the time they fell in love throughout the marriage.  If he came home late, the question she would ask was: "Where've you been?" It became a phrase of love over their sixty years together.

They had never spent a night apart during their marriage until she  developed dementia  and had to be put in the hospital. Edwin would visit Claire whenever possible but she had trouble recognizing him or anyone. Then Edwin had a seizure and was diagnosed with a brain tumor. He was admitted to the same hospital as Claire but on a different floor. They managed to have visits from time to time but she didn't recognize him. Shortly before her death Vezner visited them at the hospital. He wheeled his grandfather Edwin to her room to see her. He brought him up to her bed. His grandfather picked up her hand and stroked her hair and kept saying, 'Look at them hair, nobody has hair like Grandma.' And she just looked at him until suddenly she came out of her dementia to once again ask: "Where've you been? " She died shortly afterwards. Vezner wrote the song about the experience and it became the worlds first song about dementia to top music charts.

Claire had all but given up,
When she and Edwin fell in love.
She touched his face and shook her head,
In disbelief, she sighed and said:
"In many dreams I've held you near,
"Now, at last, you're really here.

He asked her for her hand for life,
And she became a salesman's wife.
He was home each night by eight,
But one stormy evening, he was late.
Her frightened tears fell to the floor,
Until his key turned in the door.

They'd never spent a night apart,
For sixty years, she heard him snore.
Now they're in a hospital,
In separate beds on different floors.

Claire soon lost her memory,
Forgot the names of family.
She never spoke a word again,
Then one day, they wheeled him in.
He held her hand and stroked her hair,
In a fragile voice she said: